June 26th, 2012 | Posted by Improv in Toronto in Completed Missions

When Ray asked us if we could do something special for his proposal to his fiancee we knew exactly what to do. We called our old friend Oliver Bailey (you might remember him from the Best Busker Ever) and asked him to write a song for a flashmob. 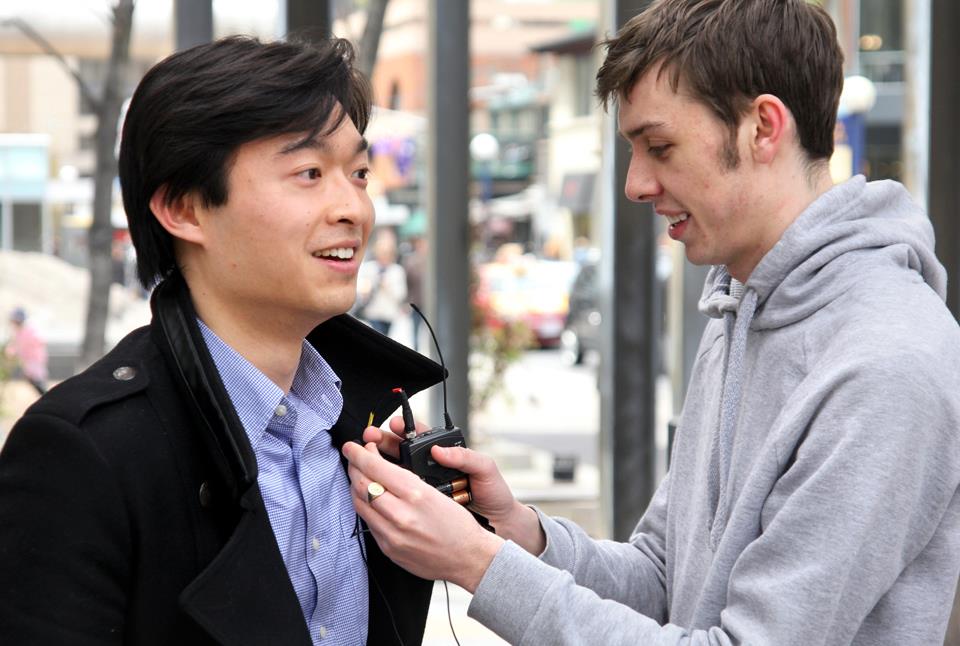 Ray getting mic'd up for the big event

What would happen is Rays fiancee would be sitting with a few friends on a patio in a restaurant in Yorkville waiting for Ray to show up. Then a musician (Oliver) with a ukulele “randomly” walks past and asks if he can sing a song for them. When they say yes, he starts to sing. At first it just seems like a simple song but as the song progresses there are personal things in it that only Ray could know about.

Oliver shows up to sing a song.

Then just as it dawns on her that this might be more then just a simple busker, a large group of musicians and singers appear and sing the rest of the song.

Once they reach the end, the crowd parts and Ray emerges and gets down on one knee and proposes. Then she says “yes”, and *poof* everyone disappears and the happy couple live happily ever after. 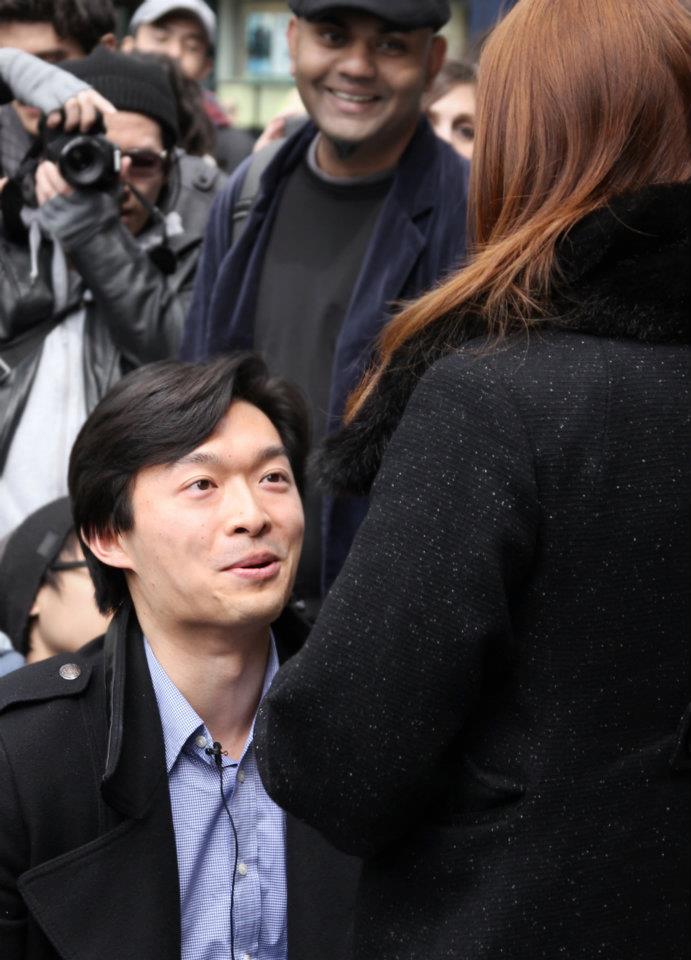 Ray gets down on one knee

What actually happened is this…