February 22nd, 2013 | Posted by Improv in Toronto in Completed Missions

Looking around the sidewalks of downtown Toronto, we see people rushing off to appointments, engaged in conversation, or simply lost in the bustle of pedestrian life. We planted ourselves in the midst of some of the busiest streets in the city and asked these very people that universal, timeless question: Why not dance? 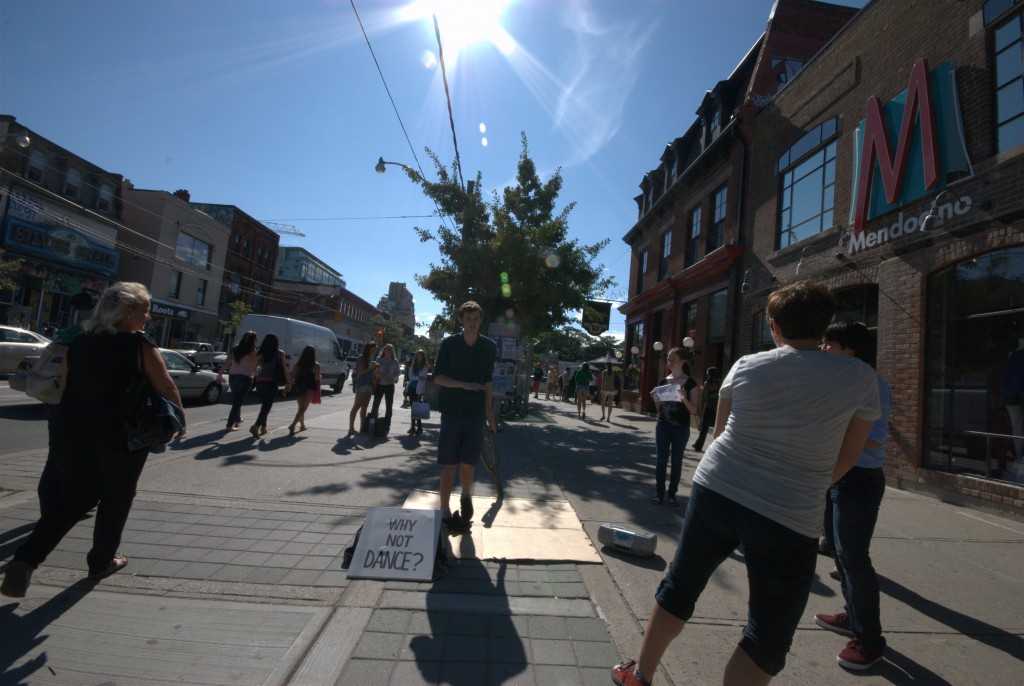 The "Why Not Dance?" setup on Queen St. W., one of a number of locations we

We set up a space consisting of nothing more than a cardboard mat, a boombox playing music, and a video camera. Then, we waited to see what would happen. It proved too difficult for a number of individuals to resist and it wasn’t long before they gave in to the groove.

A number of people took some time to muster up the courage to dance, while some others were quick to show off their skills. Either way, the result was a mix hip-shaking, body-popping, watusi-ing, and some rather interesting personal styles.

Scroll down to see pictures of some of the participants in action. 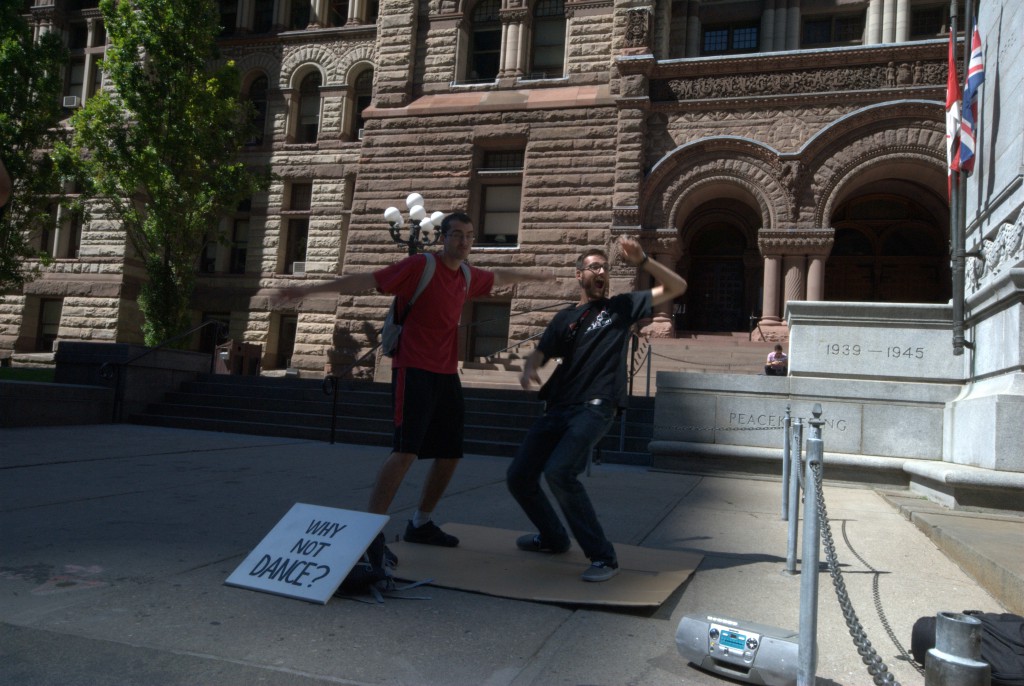